President Iñigo Urkullu presided “The Paralympic Night”, a highly successful event organised by the Basque Adapted Sports Federation under the GaituzSport Project in collaboration with the Gipuzkoa Federation.

The event took place on 26th May 2016, at Tabakalera Kutxa Kultur Plaza. A great night of recognitions and vindication was lived with emotion as well as many humoristic moments, meetings the aims of giving adapted sport a value and encouraging the support of sportspeople. The event was presented by the versatile Óscar Terol and journalist Reyes Prados, which also had a great repercussion in the media and social networks.

The Basque President was accompanied by his wife Lucía Arieta –Araunabeña; Gipuzkoa Chief Executive, Markel Olano; Mayor of Donostia, Eneko Goia; Basque Parliament Speaker, Bakartxo Tejeria ; and the Basque Education, Linguistic Policy and Culture Minister, Cristina Uriarte, who received by the BASF Chairman, Porfirio Hernández Zubizarreta and GaituzSport Co-ordinator, Xabier Leizea. The members of the Basketball Team “Salto de Bera Bera” formed a passage of honour for the authorities until they reached their seats, as a thank you to the authorities for their presence.

The host for the evening, the Basque Adapted Sports Federation Chairman, Porfirio Hernández Zubizarreta, gave the welcoming speech with special thanks to the Basque President and authorities for their presence to help make Adapted Sport and “Euskal Paralinpikoak” visible. The President expressed the “need to make us visible and drive adapted sport to the place it deserves to be”. Porfirio took advantage of the event to report on the creation of the GaituzSport structure creation to “favour the physical activity of the disabled starting with the school environment”.

At “The Paralympic Night” the “Euskal Paralinpikoak” received the recognition deserved and a moving tribute given to sportsman Richard Oribe, who after a career replete with triumphs announced his retirement.

In this first edition of GaituzSport Awards, the first Prize for sport inclusion was awarded to Escor Gaztedi Taldea, Basque rugby team located in Gasteiz, an excellent example of sport inclusion and values.

The Minister Cristina Uriarte handed the Prize to Escor representatives who received it happily and with humour. At this inclusive sports event there was a lot of attention to detail, so instead of the traditional aurresku, there was a performance by “Verdini Dantza Taldea”. A great example of inclusive Dance, demonstrating how art, sport and culture achieve the integration of people with different capacities.

Moreover “The Paralympic Night” was enlivened with a great performance from Ibon Casas, a Gipuzkoan rock singer, blind due to retinitis pigmentosa, raised the sound levels in the hall.

With his solidarity project “Dame tu Visión” he aims to fight against this disease. Yet another example in this night full of talent, diversity and people with different capacities.

And the finishing touch to “The Paralympic Night” was the awaited intervention of President Iñigo Urkullu, with a friendly encouraging message for the sportspeople “you’re an example for thousands of people who decide to take up sport”.

In addition he expressed his recognition of the GaituzSport Project: “Porfirio, when I met with you all we delved into this concept beyond those related to disability and functional diversity”. The Basque President reiterated his commitment to drive “a fair inclusive society” and thanked all the sportspeople for “their effort and dedication”.

After the family photo of all the prizewinners with the Basque President and authorities, everyone commented on “the best moments” of the evening while enjoying the great cocktail served by Gureak and enlivened with the music of Jaime Vilallonga.

To our presenters, Óscar and Reyes great professionals who have collaborated altruistically and the media for the large cover helping us make visible the sportspeople and work done in adapted sport. 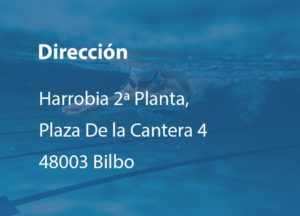 Tweets by GaituzSport
We use cookies to ensure that we give you the best experience on our website. If you continue to use this site we will assume that you are happy with it.OkPrivacy policy